But black sin hath betrayed
to endless night
My worlds both parts, and
both parts must die.
– John Donne, Holy Sonnet V (as quoted in Cat People)

This year marks the 75th anniversary of Cat People (1942). It is hailed as one of the most influential horror movies made during the 1940s and thanks to its vaunted reputation among film historians it has been studied and written about extensively with plenty of praise rightfully being heaped on its producer Val Lewton and director Jacques Tourneur.

With FilmStruck and TCM currently celebrating Pride Month, I thought I’d turn the spotlight on DeWitt Bodeen, the gay American scriptwriter who was responsible for Cat People as well as its sequel (Curse of the Cat People). Bodeen scripted many other classics including The Seventh Victim (1943), The Enchanted Cottage (1945), I Remember Mama (1948) and Billy Budd (1962) but he has often been overshadowed by his esteemed collaborators. To his credit, Bodeen’s work subtly addressed gay oppression at a time when homosexuality was still considered a crime in Hollywood and Cat People is arguably one of the best examples of this.

Bodeen got his start in film thanks to Val Lewton who came across a play he had written titled Embers at the Haworth about the lives of the Brontë sisters. Lewton was so impressed with the play that he secured Bodeen a job with Twentieth Century Fox as a research assistant to Aldous Huxley during the pre-production of Jane Eyre (1944). Bodeen was a fan of Gothic literature and period settings so he was responsible for making sure the script was historically accurate. His work so impressed Lewton that when he left Twentieth Century Fox to produce a series of low-budget horror films for RKO he asked Bodeen to join his creative team there.

Cat People evolved from a title proposed by RKO executive Charles Koerner that Lewton rejected at first but with Bodeen on board, the two men began collaborating on a script that would measure up to the suggestive title. Lewton and Bodeen binge-watched Universal horror films for ideas and decided to adopt a more low-key modern approach to the material while embracing the German Expressionism constructs that had already begun to shape the genre. Inspiration for Cat People also came from a story written by Lewton, who was a prolific author, that had previously been published in the pulp fiction magazine Weird Tales titled “The Bagheeta.” Lewton’s tale takes place in Eastern Europe and involves a black leopard that can transform into a beautiful woman. Using this as a jumping off point Bodeen began to research the topic further and with Lewton’s guidance he hammered out a unique script that became the basis for the film. 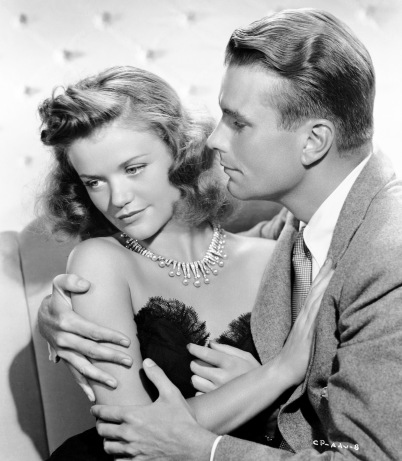 Bodeen’s plot revolves around Irena Dubrovna (Simone Simon), a coquettish young fashion designer from Serbia who meets an American man named Oliver Reed (Kent Smith) while visiting a zoo to observe a captive black panther, a potent symbol of Irena’s own repressed desires. Despite their differences, they are instantly attracted to one another and Irena feeds Oliver’s curiosity with folktales about her devil worshiping cat-like ancestors who had an affinity for “wickedness.” After a brief courtship, they decide to marry even though Irena has continually rebuffed Oliver’s physical advances. During their wedding celebration at a Serbian restaurant, Irena is approached by a mysterious woman (Elizabeth Russell ) who calls her “my sister” and their strange encounter stuns the bride and seems to send her into a tailspin. Afterward, Irena refuses to consummate her marriage with Oliver asking him to “Let me have time. Time to get over that feeling there’s something evil in me.” Confused and frustrated by Irena’s chaste behavior as well as her belief in the supernatural, Oliver sends his wife to a dubious psychiatrist (Tom Conway) who only escalates the tense situation between the couple. With her marriage in tatters and her husband looking elsewhere for love, Irena’s cat claws come out and she begins to lash out at her tormentors.

The final film can be read many different ways. For some viewers, Cat People is simply a brilliant thriller that rewrote the boundaries of horror cinema. For others, it’s an examination of America’s wartime anxieties and escalating xenophobia. Lots of interesting theories and perspectives have been loaded on the broad shoulders of this low-budget RKO production since its release but it’s difficult to overlook the film’s critical take on conventional marriage marred by misplaced passions. In that light, it’s not surprising that some viewers perceived the film as a bold attempt to show the predicament of gay women (and men) at the time who married due to social and religious pressure but could not abide physical contact with the opposite sex. Instead, they longed to be with their attractive feline “sisters” who beckon to them in exotic cafés provoking sexual frustration and inflaming untapped desires.

Bodeen, who was fond of doing deep research for his scripts, may have taken inspiration from African folktales that suggested lesbian love-making caused the birth of “cat-people.” And his negative portrayal of psychiatry in the film mirrors the questionable medical practices on homosexuals at the time that led to many gay men and women being forcefully hospitalized and treated with ice pick lobotomies as well as other barbaric “cures” for their perceived disorders.  Audiences in 1942 spotted other parallels that suggested there was much more going on beneath the shadow-strewn surface of this B-horror film.

According to authors Harry M. Benshoff (Monsters in the Closet: Homosexuality and the Horror Film) and Gregory William Mank (Women in Horror Films, 1940s), DeWitt Bodeen was well aware of the implications of his script explaining:

“Although the café meeting between Simone and Elizabeth Russell was very brief, some audience members read a lesbian meaning into the action. I was aware that could happen in the café scene and Val got several letters after Cat People was released, congratulating him on his boldness on introducing lesbians to films in Hollywood … I rather liked the insinuation and thought it added a neat bit of interpretation to the scene. Irena’s fears about destroying a lover if she kissed him could be because she was really a lesbian who loathed being kissed by a man.”

Following the surprising success of Cat People, Bodeen was asked to work with Lewton on two more thrillers for RKO, The Seventh Victim (1943) and its sequel Curse of the Cat People (1944). Both films contain provocative female characters who may (or may not) harbor a “love that dare not speak its name.” Bodeen’s last film triumph was the screen adaption of Herman Melville’s Billy Budd (1962) written in collaboration with director and producer Peter Ustinov who also appears in the film. Like Cat People, Billy Budd suggests that repressed desires can ignite violent behavior but this time the drama takes place between two men (Terence Stamp and Robert Ryan) on a British Navy ship.

Bodeen spent his final years working in television and writing film criticism for Films in Review. He also wrote a number of nonfiction books devoted to film history including The Films of Cecil B. DeMille and The Films and Career of Maurice Chevalier along with a mystery (13 Castle Walk) inspired by the unsolved murder of William Desmond Taylor. When he died in 1988 due to complications from bronchial pneumonia he was largely forgotten by Hollywood while Lewton’s stature continues to grow. Today I tip my hat to Dewitt Bodeen’s talent and hope that his contributions will be remembered fondly by all of us who have benefited from them.

by Kimberly Lindbergs, originally written for FilmStruck/Criterion and published in 2017

Writer, researcher, and artist with eclectic interests. View all posts by Kimberly Lindbergs