May is Asian Heritage Month or to be more exact, Asian American and Pacific Islander Heritage Month. To celebrate I decided to collect links to some of the Asian films, filmmakers and actors that I’ve written about. I’m particularly fond of Japanese cinema so my writing reflects this but I’ve also written about Hong Kong and Bollywood films as well. This is a master list … END_OF_DOCUMENT_TOKEN_TO_BE_REPLACED

After reading and writing about Peter H. Brothers’ book Mushroom Clouds and Mushroom Men: The Fantastic Cinema of Ishiro Honda recently I was motivated to watch Dogora (1964), which is one of Honda’s lesser-known films and one that I hadn’t had the opportunity to see yet. I’m not sure how I managed to overlook this little gem involving a giant jellyfish from outer space with … END_OF_DOCUMENT_TOKEN_TO_BE_REPLACED

For the past week the Bay Area has played host to a Godzillathon taking place at Viz Cinema in San Francisco’s Japan Town. This Godzilla film festival started on May 5th and ends tonight on May 13th with a showing of Yoshimitsu Banno’s film Godzilla vs. Hedorah (1971). The Godzillathon coincided with what would have been film director and writer Ishiro Honda’s 99th birthday on May … END_OF_DOCUMENT_TOKEN_TO_BE_REPLACED

Forget the overplayed John Hughes comedy HOME ALONE (’90). If you want to watch a fun family-friendly film during the holidays look no further than ALL MONSTERS ATTACK (’69) now streaming on the Criterion Channel of FilmStruck. This kinder and gentler Godzilla sequel was designed to appeal to kids of all-ages and features a young boy left home alone who must outsmart some hapless criminals … END_OF_DOCUMENT_TOKEN_TO_BE_REPLACED

I recently read Peter H. Brothers’ informative new book Mushroom Clouds and Mushroom Men: The Fantastic Cinema of Ishiro Honda and really enjoyed it. It’s the first English language book written about the Japanese director Ishiro Honda and it’s a must-read for fans of Japanese science fiction and fantasy films. I love giant monster movies so I decided to review the book for the Movie … END_OF_DOCUMENT_TOKEN_TO_BE_REPLACED

Akira Kobayashi in Yasuharu Hasebe’s Black Tight Killers (1966) While I was trying to compile a post for the Japanese Cinema Blogathon currently happening at Wildgrounds I read the sad news that one of my favorite Japanese directors, Yasuharu Hasebe, has died after contracting pneumonia on June 14th. Hasebe was 77 years old, but he was still an active director and his last project was … END_OF_DOCUMENT_TOKEN_TO_BE_REPLACED

<img src=" Top: Inazuman and cover art for the new DVD Collection. Bottom: A sneak peek into Cinebeats’ secret lair where a few Inazuman figures and others are on display. One of my favorite tokusatsu shows is getting the deluxe DVD treatment this month! On November 21st. JN Entertainment will be releasing a special 4-Disc DVD collection featuring all 25 episodes of Inazuman (aka Lightning … END_OF_DOCUMENT_TOKEN_TO_BE_REPLACED

I’ve been enjoying August Ragone’s writing on Japanese cinema for many many years. I first discovered his work thanks to a terrific zine he first produced in the 80s’ called Markalite: The Magazine of Japanese Fantasy and since then I’ve read numerous articles he’s written for magazines such as G-Fan and Asian Cult Cinema over the years. Most recently he wrote the wonderful book Eiji … END_OF_DOCUMENT_TOKEN_TO_BE_REPLACED 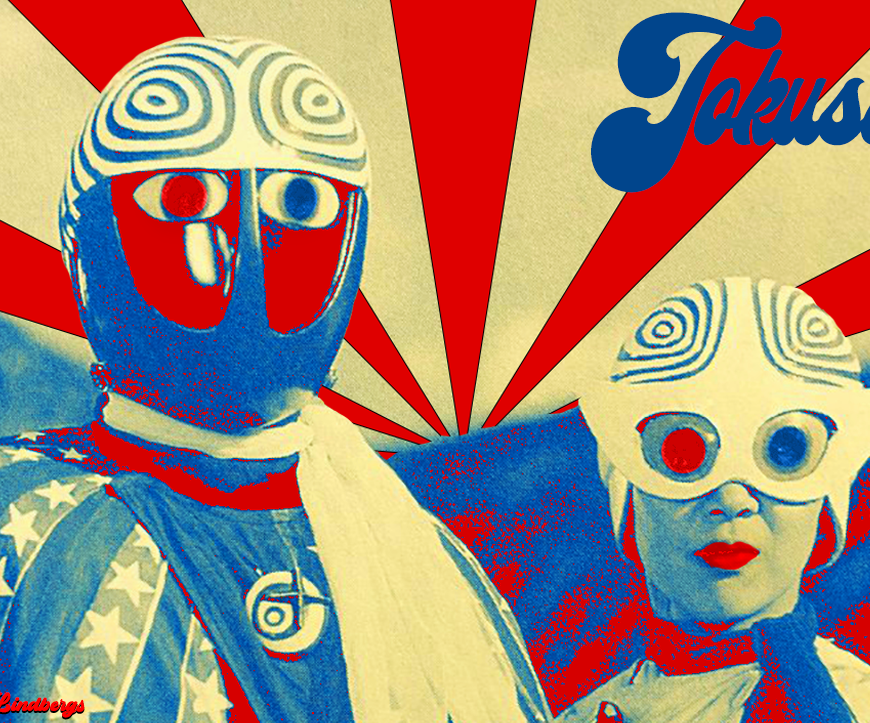 The third clip in Cinebeats’ ongoing Battle Sequence Series is from Condorman : Symbol of Justice (Seigi no shinboru Kondoruman). Condorman was an entertaining action-packed tokuatsu series created by the great Kôhan Kawauchi (aka Yasunori Kawauchi), which aired on Japanese television in 1975. Kawauchi is responsible for creating the first Japanese superhero television show in 1958 known as Moonlight Mask (Gekko Kamen), which shares some … END_OF_DOCUMENT_TOKEN_TO_BE_REPLACED

Fireman (aka Faiyâman/Magma Man) is an interesting tokusatsu series featuring a kyodai hero (giant hero) that aired in Japan on Nippon Television in 1973. It was made by Tsuburaya Productions, who was also responsible for the popular Ultraman series and Fireman had many things in common with that show. The series features the handsome Japanese actor Naoya Makoto (Goranger, Mishima: A Life in Four Chapters, … END_OF_DOCUMENT_TOKEN_TO_BE_REPLACED