On its fog-shrouded surface, Kevin Billington’s VOICES (1973) is an unusual supernatural thriller involving ghosts and a haunted house but if you take the time to look beyond its spooky exterior you might be surprised by what you find there. This fascinating horror film has a rich and winding history that first took shape in 1953 and its roots are coiled through many horror classics that have … END_OF_DOCUMENT_TOKEN_TO_BE_REPLACED 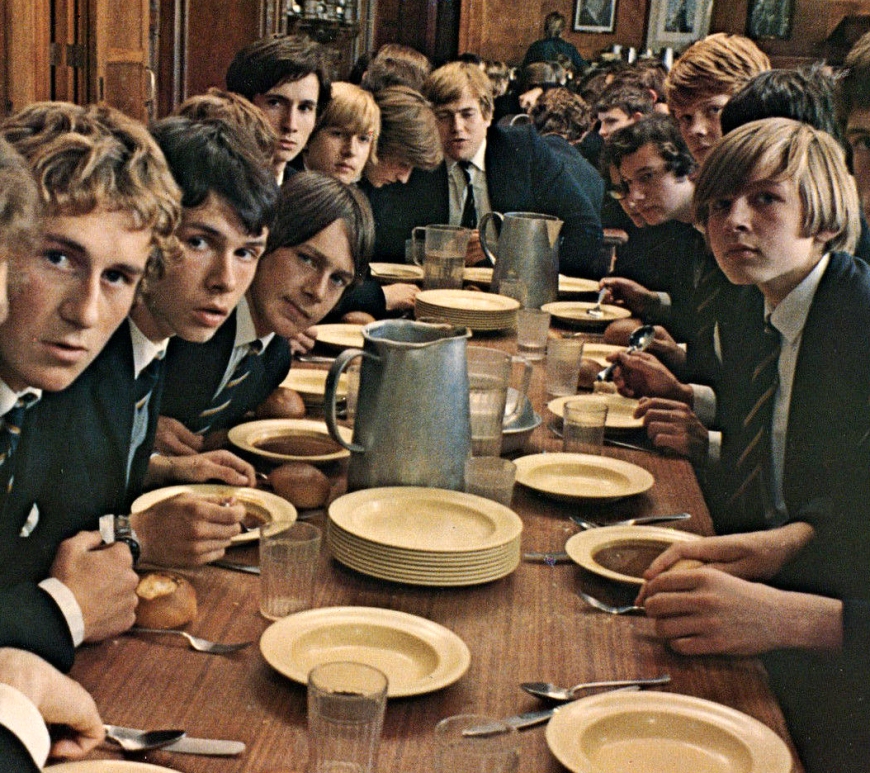 Are human beings inherently cruel or do we learn cruelty by example? Does our genetic makeup dictate our personalities at birth or are we shaped by numerous circumstances including our environments and upbringing? To borrow the title of a current popular song, are we “born this way” or are we more complex creatures than our personal DNA map might suggest? The nature vs. nurture debate … END_OF_DOCUMENT_TOKEN_TO_BE_REPLACED

EYE OF THE DEVIL (1966 aka 13) opens with an imaginative minute-long montage that reduces the entire film down to a series of disorientating images. It’s an impressive and beautifully edited beginning that you might expect to see at the start of an Ingmar Bergman film or in the middle of an Eisenstein picture and it sets the tone for the entire movie. This leisurely paced … END_OF_DOCUMENT_TOKEN_TO_BE_REPLACED

I’ve been neglecting Cinebeats again. Having a hard time getting back into the swing of things around here and other endeavors are keeping me from the blog. But I thought I’d finally update with a quick list of some highlights from my February & Mach contributions to TCM’s Movie Morlocks. You can read all the articles by following the links below. – Wanna Rumble? Excerpt: … END_OF_DOCUMENT_TOKEN_TO_BE_REPLACED

I recently got the chance to review the Warner Archive DVD release of THE LOVE MACHINE (1971) based on Jacqueline “Valley of the Dolls” Susann’s book and naturally I jumped at the opportunity. I’ve mentioned the film at Cinebeats before during my farewell post to John Phillip Law, which was written after he passed away in 2008. I think it’s a great film so I … END_OF_DOCUMENT_TOKEN_TO_BE_REPLACED

If there’s a couple that was more modtastic and appeared in more outstanding horror films & thrillers than the fabulous David Hemmings and the vastly underrated Gayle Hunnicutt, I don’t know who they are. Hemmings and Hunnicutt were married between 1968 and 1975. During that brief period of time they made FRAGMENT OF FEAR (1970) and VOICES (1973) together (as well as THE LOVE MACHINE, … END_OF_DOCUMENT_TOKEN_TO_BE_REPLACED

My latest post at TCM’s Movie Morlocks takes a look at some of my favorite celebrity albums recorded by classic film stars. Did you know Robert Mitchum recorded a calypso album? Have you ever heard Eddie Albert sing a Bob Dylan song? Or listened to Dirk Bogarde talk his way through “Smoke Gets In Your Eyes”? These are just a few of the celebrity albums … END_OF_DOCUMENT_TOKEN_TO_BE_REPLACED

It’s a rare occurrence when I come across a movie I’ve never heard of before or seen. Such is the case with John Mackenzie’s Unman, Wittering and Zigo (1971). I sought the movie out because the title was intriguing and it caught my attention when I was scanning David Hemmings’ filmography on IMBD. After hunting around a bit I discovered that the film was … END_OF_DOCUMENT_TOKEN_TO_BE_REPLACED

Sharon Tate and David Hemmings in Eye of the Devil (1966) Halloween is fast approaching and over at the Movie Morlocks blog we’re counting down the days with an “obscure and offbeat” horror movie blogathon. All week long my fellow Morlocks and myself have been writing about some of our favorite lessor known films and I decided to tackle J. Lee Thompson’s Eye of the … END_OF_DOCUMENT_TOKEN_TO_BE_REPLACED

At the Britannica blog Raymond Benson has finished listing off his Top 10 Favorite Films of 1968 so if you’re interested in the final results stop by and give them a look. I’ve mentioned on numerous occasions how much I dislike making lists of favorite films myself since they’re limited by what I’ve seen and are subject to change at anytime. Roger Ebert recently asked … END_OF_DOCUMENT_TOKEN_TO_BE_REPLACED