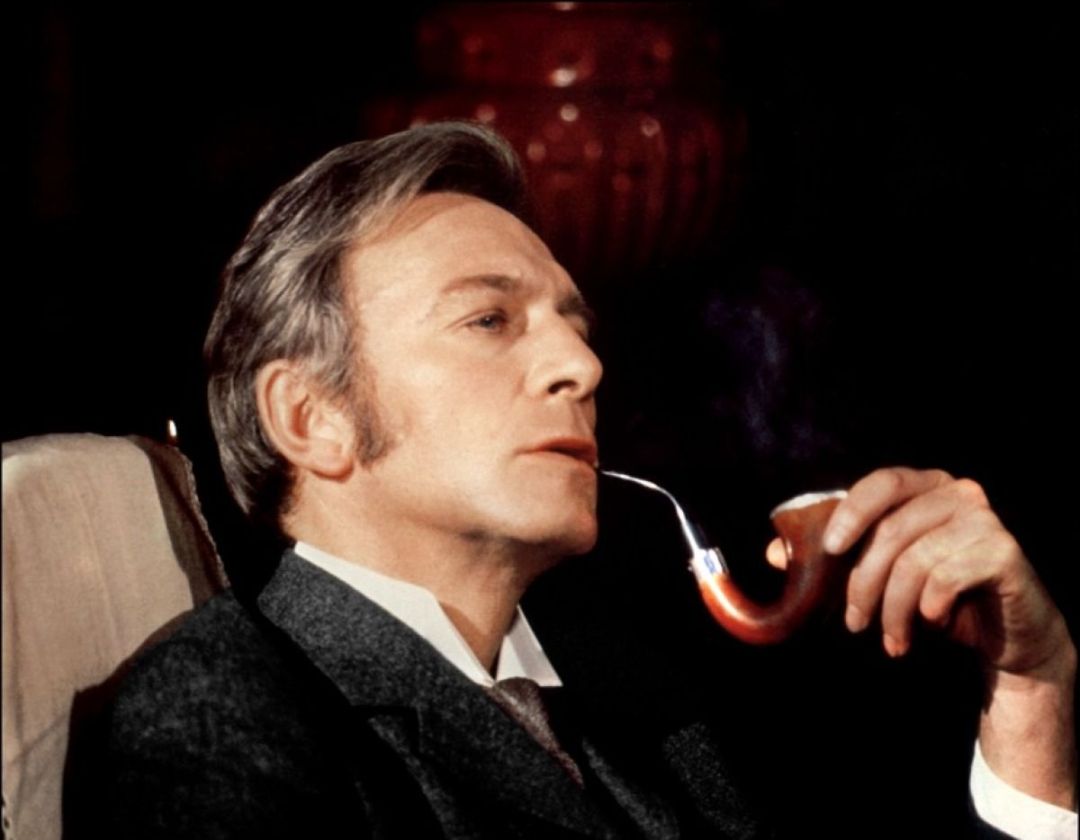 My favorite moment of this year’s Oscar telecast occurred when a sprightly 82-year-old Christopher Plummer took the stage in a beautiful velvet suit to accept his Best Supporting Actor award. He was incredibly gracious and gave one of the best speeches of the night. It was obvious that the Canadian actor hadn’t lost any of the charm that has made him so appealing to audiences throughout his long and varied career.

Plummer has been working steadily since the sixties and in the last decade he’s gotten some of his most acclaimed roles in films such as THE INSIDER (1999), A BEAUTIFUL MIND (2001), THE NEW WORLD (2005) and THE LAST STATION (2009). But many of my favorite Plummer performances can be found in the movies he made during the sixties and seventies.

In celebration of his Oscar winning performance in BEGINNERS (2010) I thought I’d take a look back at the actor’s early career in front of the camera and share a short list of viewing recommendations. I hope it might encourage some readers to seek out or revisit the films that helped make Christopher Plummer a star. All of the movies mentioned below are available on DVD or video so they should be easy to track down.

THE FALL OF THE ROMAN EMPIRE (dir. Anthony Mann; 1964)
In this lush historical drama Christopher Plummer plays the scheming and neurotic Caesar Commodus who oversees the rise and fall of the Roman Empire. Anthony Mann’s impressive looking film is too ambitious for its own good but it features a noteworthy cast that includes Sophia Loren, Stephen Boyd, James Mason, Alec Guinness and Omar Sharif. With that much talent in one movie it would be difficult for any actor to deliver a scene stealing performance but Christopher Plummer does. As a matter of fact, he’s probably the best thing about Mann’s overstuffed epic. Plummer appears to relish his role as Commodus and he chews up the gorgeous scenery with gusto and glee.

THE SOUND OF MUSIC (dir. Robert Wise; 1965)
Plummer became a household name after appearing in this award-winning musical as the handsome and reserved Captain Von Trapp and it’s easy to see why. Plummer effortlessly juggles a rather complex role that might very well be the heart and soul of Robert Wise’s film. Whether he’s dishing out tough love to his children, cautiously falling in love with the woman he hired to care for them or stoically facing down Nazis, he’s always believable. But it’s Plummer’s ability to make a somewhat unlikable character appear vulnerable that has always impressed me.

INSIDE DAISY CLOVER (dir. Robert Mulligan; 1965)
In Robert Mulligan’s big budget Hollywood satire Christopher Plummer plays a Svengali type character aptly named Robert Swan who plucks a young girl (Natalie Wood) from obscurity and makes her a star. Plummer seems to relish the underlying humor in the film’s melodramatic narrative and his campy performance is one of the film’s highlights. In 1980 he played a similar character in SOMEWHERE IN TIME opposite Jane Seymour and Christopher Reeve. Both films are well worth a look if you appreciate Plummer as a controlling manipulator of human fates and fortunes.

TRIPLE CROSS (dir. Terence Young; 1966)
Plummer stars as Eddie Chapman, a suave criminal who becomes a double agent working with Britain and Germany during WW2. Director Terence Young helmed three major James Bond films (DR. NO; 1962, FROM RUSSIA WITH LOVE; 1963 and THUNDERBALL; 1965) but TRIPLE CROSS isn’t as entertaining as those espionage thrillers. But the film is noteworthy for providing Plummer with one of his most accomplished roles and confirms that the actor might have made an interesting James Bond if he had been given the opportunity.

THE ROYAL HUNT OF THE SUN (dir. Irving Lerner; 1969)
Plummer delivered one of his most eccentric and fascinating performances in THE ROYAL HUNT OF THE SUN as the Inca chief and would-be god Atahualpa. In this sympathetic portrayal of a native people and their unique culture, Plummer must face down Spanish conquistadors who are eager to get their hands on Inca gold. History tells us who the winners and losers are in this epic battle but Plummer, along with costars Robert Shaw and Leonard Whiting, add some much needed humanity and emotional context to this historical drama based on a play by Peter Shaffer (Equus, Amadeus).

THE PYX (dir. Harvey Hart; 1973)
This slow-moving Canadian thriller features a surprisingly nuanced performance from Plummer as a hardened detective trying to unravel the mystery surrounding the suspicious death of a drug addicted prostitute (Karen Black). The film takes many unsuspected twists and turns but Plummer’s edgy portrayal of a man quietly mourning his deceased wife while seeking some kind of justice for the dead helps hold the film together and give the underlying drama some weight.

THE RETURN OF THE PINK PANTHER (dir. Blake Edwards; 1975)
In Blake Edwards’ third PINK PANTHER film, Christopher Plummer plays Sir Charles Lytton, a retired jewel thief known as “The Phantom.” In other PINK PANTHER movies the very funny David Niven played Sir Charles Lytton so Plummer had some big shoes to fill but he manages to bring his own charm to the role. When given the opportunity, Plummer proves that he’s a good comedic actor with a subtle touch that balances the more manic humor of his co-star (Peter Sellers).

THE MAN WHO WOULD BE KING (dir. John Huston; 1975)
Christopher Plummer doesn’t get much screen time in John Huston’s highly entertaining adventure film but he’s unforgettable as author Rudyard Kipling. In the role of Kipling, Plummer must relay the remarkable tale of two fortune hunters (Sean Connery and Michael Caine) and in turn he becomes the salve in this blistering tale of crushed dreams and unfulfilled expectations. THE MAN WHO WOULD BE KING is too often referred to as a “buddy movie” but it’s more far reaching and richer than that simple description. And Plummer’s touching portrayal of Rudyard Kipling is responsible for bringing a wider scope to this all-too human drama.

THE SILENT PARTNER (dir. Daryl Duke; 1978)
This Canadian crime thriller offered Plummer the opportunity to tackle one of his most interesting and unusual roles as a sadistic bank robber who ends up in a creepy cat and mouse game with a desperate bank teller played by Elliot Gould. After Plummer robs a bank and Gould pockets some of the money for himself, Plummer’s character pursues him with relentless determination and unhinged glee in order to retrieve the cash. The film creatively exploits the edgy depths of Plummer’s acting abilities and leaves you wishing he’d played a bad guy more often.

MURDER BY DECREE (dir. Bob Clark; 1979)
A lot of talented actors have tackled the complex role of Sherlock Holmes but Christopher Plummer managed to artfully make the character his own in Clark’s highly entertaining MURDER BY DECREE. Plummer’s Holmes is a warmer, more jovial and sympathetic detective than many of his predecessors but he’s also keenly observant, witty and wise. And he’s got great chemistry with costar James Mason, who plays his loyal and lovable sidekick, Watson. The film isn’t directly based on any of Conan Doyle’s stories but it’s a moody, creepy and effective mix of Jack the Ripper mythology and Holmesian detective work that provided Christopher Plummer with one of his very best roles.