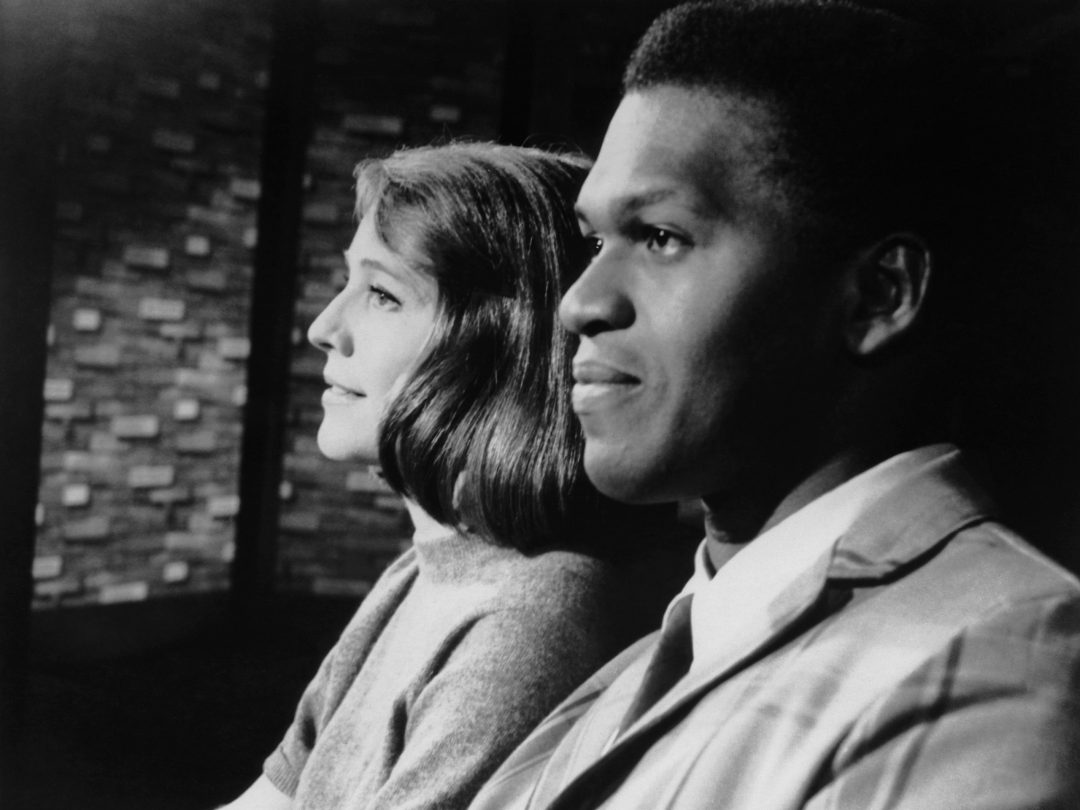 In the late 1950s, Melvin Van Peebles went to Hollywood after completing a number of short films. He had aspirations of becoming a director’s assistant but an agent quickly squelched his ambition after telling him, “If you can tap dance, I might find you some work. But that is about all.” When he couldn’t find work as a director, Van Peebles attempted to sell one of his novels put publishers at the time told him he didn’t “write enough like a Negro.” After those disheartening experiences, the aspiring director and writer decided to relocate to Europe in 1959 where there were often more opportunities for black artists and performers.

While there, the French film archivist and preservationist Henri Langlois invited Van Peebles to show his short films at the Cinémathèque Française where they were warmly received. This inspired the filmmaker, a self-motivated learner with a degree in English literature, to study French. After quickly learning the language, Van Peebles began writing French novels in the hope of turning them into future screenplays. One of these novels was called La Permission and it drew upon the director’s own experience in the United States Airforce. The success of the novel enabled him to get a directing permit so he could adapt La Permission into a feature-length film.

Van Peebles oversaw every element of the production including the casting of his two stars, Guyanese born English actor Harry Baird and French actress Nicole Berger. He also worked as an editor and even co-wrote the film’s score. Shot in three weeks with a budget of just $200,000, this was a genuine labor of love and the director’s passion for the medium and innate drive to create something new, exciting and bold are self-evident when you watch the film. La Permission was released in 1967 playing to large crowds on Paris’s Avenue des Champs-Elysees and it eventually found its way to America retitled as The Story of A Three-Day Pass. The film was championed by the black American film critic Albert Johnson who invited Van Peebles to show the film at the San Francisco International Film Festival where it received a standing ovation.

The Story of A Three-Day Pass depicts three days in the life of a black American solider named Turner (Harry Baird) on leave in France and the resulting after-effects of his trip. Turner, a tall handsome man who cuts a fine figure in a slim fitting suit as he strolls through the streets of Paris, isn’t as suave as he’d like to be and his cool exterior masks a gentle and insecure nature. He talks to himself obsessively, enjoys cracking jokes and defies racial stereotypes by not being a particularly good dancer. His lucid daydreams, which are creatively depicted on screen, consist of old-fashioned amorous fantasies where he plays the role of a smitten Romeo opposite his imaginary Juliet.

At a swinging Parisian nightclub he eventually meets a cute French shop girl named Miriam (Nicole Berger) and their awkward encounter quickly develops into a genuine romance that seems to bring out the best in them both. They’re communication is hampered by Turner’s inability to speak French and Miriam’s limited English skills but they overcome this obstacle and make plans to visit the seaside together. While there, the couple spends their time near the ocean behaving like two love-struck youths but their idyllic weekend is shattered by a series of unfortunate events including a violent encounter with a Spanish troubadour and the arrival of Turner’s fellow soldiers.

Through it this we also catch glimpses into Miriam’s conflicted mind. She clearly has feelings for Turner but she’s also a product of the times and her imagination runs wild with racist images of “jungle savages” who ravish “white women.” This is compounded by Turner’s own insecurities as he tries to stake out his independence in an unwelcoming white man’s world. The couple is looking for permission to live, love and laugh but society is not prepared to give it to them and their promising romance suffers the consequences. 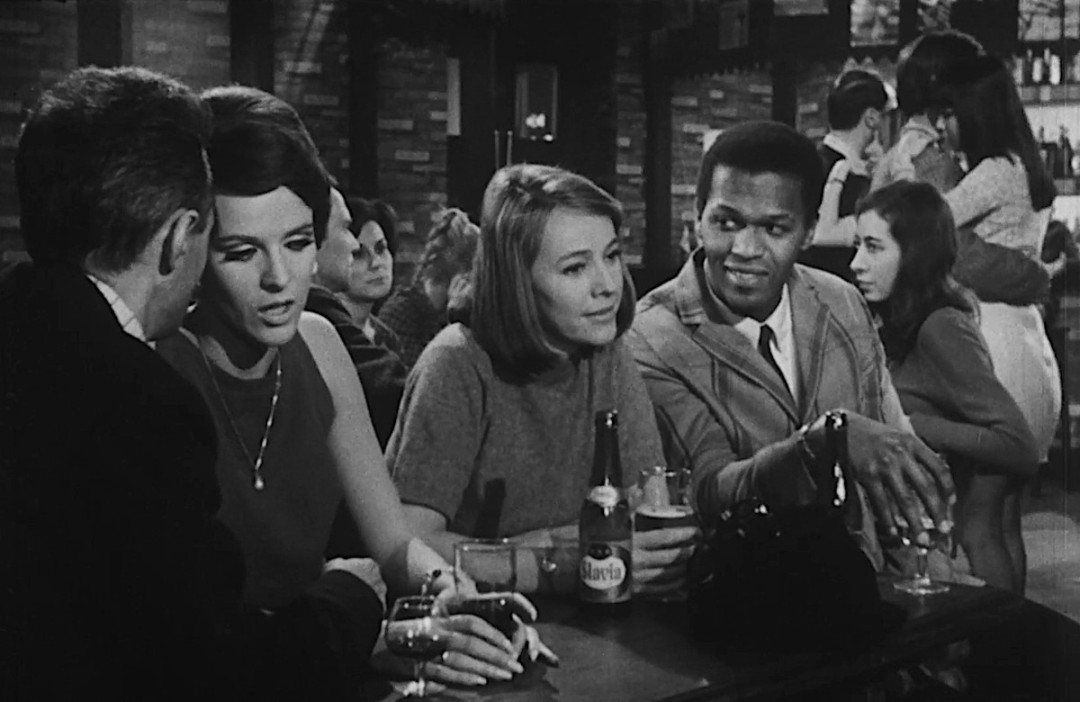 “The simple context of a love affair is not really the subject of this film—it is really a sentimental comedy in which racial problems are treated with the subtlety and wry humor one might expect from a black writer-director. Van Peebles understands the attitudes of the expatriate African American as well as the objective wisdom of the French heroine, and the fluctuations between dream and reality are very much a part of contemporary life, with its painful contretemps, its bewildering disillusionments”
— Critic Albert Johnson on The Story of A Three-Day Pass

Seemingly Influenced by both the French and British New Wave, including the early films of Godard and John Schlesinger, Melvin Van Peebles first full-length feature film subverts conventional narrative methods to delve deeper into its characters conflicted psyches. The Story of A Three-Day Pass bounces, pops and glides like a musical composition and the innovative freewheeling nature of the film mirrors its jazz inspired score. Van Peebles uses a number of experimental film techniques including dolly shots, freeze frames, jump cuts, jarring dissolves, split-screen and lengthy POV shots that impart the film with an intimacy and immediacy that immediately draws you in and demands your attention. We’re encouraged to see the world through Turner’s eyes and we experience the bigotry he faces in a very direct way. It was refreshingly straightforward and progressive stuff in 1967 that retains its power to shock and provoke audiences today.

Ironically, the French production impressed Hollywood and Van Peebles was soon asked to return to California where he would go on to make a number of groundbreaking and challenging films including Watermelon Man (1970) and Sweet Sweetback’s Baadasssss Song (1971). Unfortunately the films two stars, who showed so much promise, both had their careers cut short.

The charming and effervescent Nicole Berger (He Who Must Die; 1957, The Restless and the Damned; 1959, Shoot the Piano Player; 1960, Chair de poule; 1963, etc.) was killed in a car accident soon after The Story of A Three-Day Pass was released. In addition, the handsome and incredibly likable Harry Baird (The Whisperers; 1967, The Touchables; 1968, The Oblong Box; 1969, The Italian Job; 1969, Four of the Apocalypse; 1975, etc.) would only appear in a handful of other films before being diagnosed with glaucoma, which eventually left him blind and unable to work. Baird officially retired from acting in 1975. Watching this ill-fated screen romance now I find it hard to separate the real life tragedy that befell the film’s two stars from the film’s melancholy conclusion.

The Story of A Three-Day Pass has influenced a number of modern filmmakers including Spike Lee, who regularly employs Van Peebles use of dolly-shots, and Richard Linkletter whose Before trilogy (Before Sunset, Before Sunrise and Before Midnight) seems to echo elements of Turner and Miriam’s language fixated romance. The film is often forgotten in discussions about Van Peebles’s career but I personally think it is the director’s most stylized and potent work. The Story of A Three-Day Pass is available on DVD from Xenon Pictures and is part of the Melvin Van Peebles’s Collection.

by Kimberly Lindbergs, originally written for FilmStruck/Turner Classic Movies and published on February 4, 2016