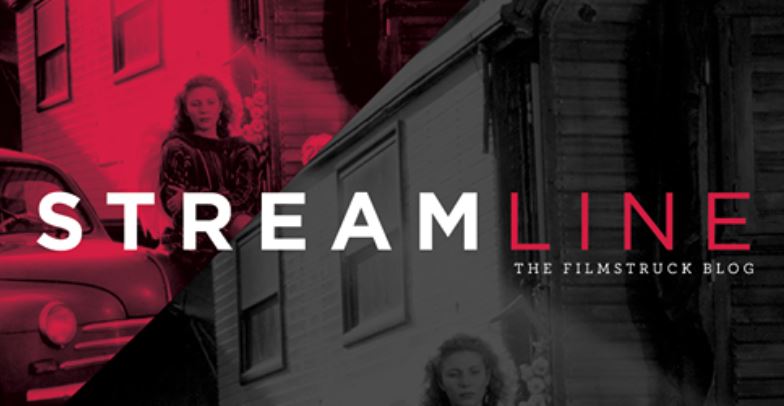 In case you haven’t noticed, the Turner Classic Movie’s Morlocks blog has been renamed Streamline and is currently part of the new TCM & Criterion film streaming service at FilmStruck.com

What is FilmStruck? Here’s an excerpt from a Time Warner press release:

I am still writing for TCM regularly in association with FilmStruck and Criterion and my weekly contributions to the Streamline blog will continue to be posted every Thursday, but there will be some notable differences. You’ll notice a focus on FilmStruck programming as well as Criterion releases and I’m no longer responsible for posting my own images, which are selected by an editor.

This change is a bit problematic for me and will be difficult to get used to because if you’ve been following my film writing for the last 10 years, you would notice that images often play a big part in it. I enjoy curating my own content and some of my most popular posts for the Movie Morlocks were photo and poster galleries. I also enjoy sharing my own film stills, which I typically put as much care and thought into as my writing whenever possible. Simply put, film is a visual medium so I think the images associated with film writing can often be just as powerful as the writing itself. However, having an editor on board is something I’ve wanted for a long time and I hope they’ll be able to correct my occasional typos, misspellings, and grammar errors!

Despite working numerous jobs and other responsibilities, I’ve managed to write one blog post a week for The Movie Morlocks for the past 6 years. I’ve only missed posting twice and both times were due to serious illness. Having to pump out a post week after week can be daunting since that gives me very little time to research, thoughtfully consider and write about a particular topic but the challenge has been very rewarding and I hope the results have been worthwhile.

If you followed my work at the Movie Morlocks I hope you’ll continue to follow my work at the new Streamline blog. I don’t know what the future holds, but FilmStruck promises to be an interesting addition to TCM’s programming and I’m happy to be a part of it.

My first post for Streamline is a brief overview of one of my favorite film topics; The British New Wave. It’s a subject near and dear to my heart that I’ve discussed here before and at the Movie Morlocks. From my latest piece:

“The style and attitude of these aspiring filmmakers merged with the burgeoning writers of the period as Anderson, Richardson and Reisz began adapting the work of Osborne, Sillitoe, Delaney and their contemporaries for the screen. In the process, the two camps created a new type of British drama known as kitchen-sink realism that was often grittier and more unforgiving than much of the British cinema that had come before it. This New Wave of British films were typically shot in stark black and white, populated by characters that were not particularly likable or even conventionally attractive. A tangible sense of loss existed amid the urban squalor on display and the dialogue was surprisingly frank, refusing to shy away from unsavory topics such as an unwanted pregnancy or spousal abuse.”

“…these films contain powerful central performances by bruised, edgy and unpredictable actors. The critically acclaimed roles they inhabited solidified the ‘angry young man’ persona for film audiences and gave voice to a generation forced to settle for less, but desperate for something more. They also bluntly and poetically challenged the social order, throwing aggressive and graceful punches at an established class system that expected them to know their place and remain there.” – Kimberly Lindbergs for Streamline

You can find my entire piece “Angry Cinema: The British New Wave” here.