I’ve been inspired to write brief bits about some of the new films I’ve seen recently. I normally post my thoughts on Letterboxd but thought I’d start compiling them here every month or so depending on how much I write and if I have anything worthwhile to say.

Breathe (2015)
The worst bullies I’ve encountered in my life have all been women and some of them started out as friends. Cold, calculating, flat out vicious and mean spirited women who get their power (or attempt to reclaim it) by isolating, manipulating and emotionally abusing vulnerable fellow females. Apparently French director and actress Mélanie Laurent has also experienced this phenomenon firsthand and she does an excellent job of illustrating the complexities between so-called “frenemies” – a cute term that too often masks the genuine ugliness found in aggressive or passive aggressive relationships shared between women and girls.

The film is beautifully composed making creative use of the cloistered environment it builds while maintaining a mournful tone throughout as the girl’s burgeoning friendship blossoms, thrives and finally dies on the vine. We follow them through exhausting school terms, lazy summer days, late night parties and awkward encounters with boys who make poor replacements for missing (or abusive) fathers while Laurent’s intimate camera work invites us to care deeply about their predicament. This intimacy, as well as the young lead’s (Joséphine Japy & Lou de Laâge) shared commitment to their roles, makes the shocking finale particularly brutal and heartbreaking. A dark, dark film and an impressive directorial debut that should have gotten a hell of a lot more press coverage last year.

The Invitation (2015)
The Invitation is one of the best films I’ve seen this year with an impressive central performance from Logan Marshall-Green. Grief and malaise run rampant in the Hollywood Hills turning a dinner party among old friends into a incredibly unnerving and flat out creepy affair.The atmosphere of dread and unease that permeate the proceedings is so thick you can cut it with a serving knife thanks to Karyn Kusama’s taught direction & Theodore Shapiro’s eerie score. A great slow-burn horror feast that didn’t get a wide release so you’ll probably have to catch it streaming online if you want to see it. Best to go into the movie blind with as little info as possible if you want to get the most bang for your buck. 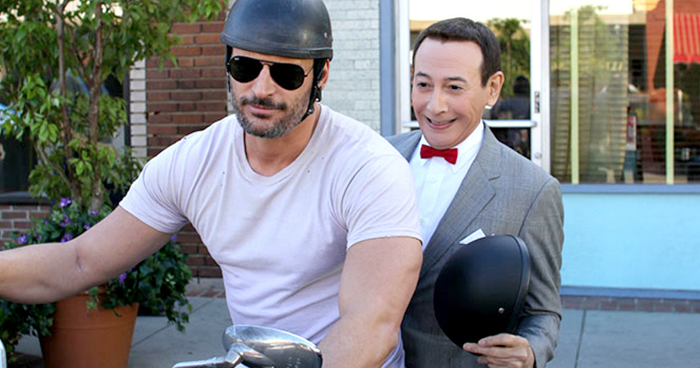 Pee-wee’s Big Holiday (2016)
I was prepared to hate Pee-wee’s Big Holiday when I spotted Judd Apatow’s name in the opening credits but I was pleasantly surprised by this romantic comedy that has our hero finding true love with the muscular, motorcycle riding Joe Manganiello. The film is surprisingly sweet and gently subversive. It also references some classic movies such as Faster, Pussycat! Kill! Kill! and Christopher Strong, which will delight observant film buffs. This might be the first gay love story aimed at kids of all ages and it’s adorable! 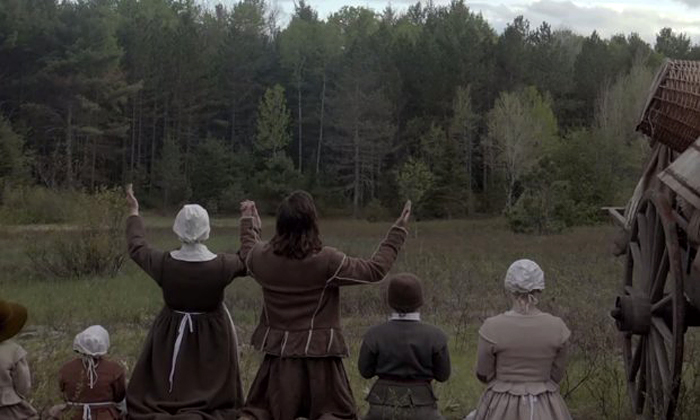 The Witch (2016)
Spent Oscar night watching The Witch with a small but enthusiastic crowd at a local theater that politely clapped after the credits rolled. I liked the film a lot, particularly the way it creatively weaved folklore elements into the narrative. With all the hoopla surrounding the film I wasn’t expecting much but I was impressed by the adult nature of The Witch and some of the unusually grim twists and turns the film took. Surprised this got a wide release but I hope that’s a sign of good things to come. So many of the best horror films I’ve seen in recent years (such as last years Aleluia, Cub and Naciye) never make it out of New York or the small festivals they’re shown at. Don’t know how The Witch has managed to get so many breaks and such wide acclaim but it makes my black heart happy.