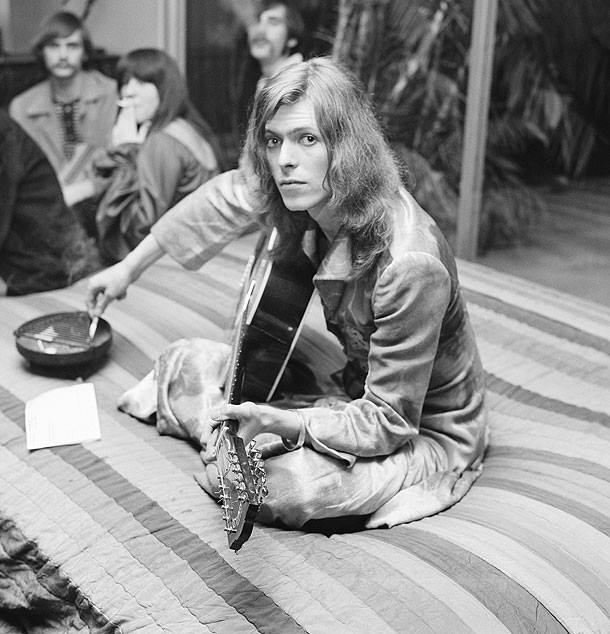 Words are failing me today but a few short days ago, on David Bowie’s 69th birthday, I wrote a brief remembrance of my favorite Bowie concert experience and posted it on Tumblr and Facebook. I had no idea that Bowie was on his deathbed at the time but it manages to expresses a lot of what I’m feeling today so I thought I’d share it here again along with a collection of links to various other Bowie related pieces I’ve written in the past. As I’ve said here before, “there probably isn’t another living music artist who I admire more.”

From Jan. 8th 2016: I’ve seen David Bowie perform live four times, the first time was in 1983 during his Serious Moonlight tour, but the best show was at The Warfield in San Francisco in 1997 for the Earthling tour. I had first row balcony seats and The Warfield is a relatively small venue, which means the balcony is pretty damn close to the stage and the view and sound are both incredible (or at least it was in 1997). When the lights dimmed, Bowie surprised everyone by quietly walking on stage alone and barefoot while carrying an acoustic guitar. He began softly playing a jaw-dropping rendition of “Quicksand” from Honky Dory (one of my favorite Bowie albums and one that I’d want with me on a desert island) and I was suddenly transported back to 1971. I was not watching Bowie the superstar, Ziggy or the Thin White Duke. I was watching a very earthbound man who seemed to transform into a vulnerable 24-year-old boy again right before my eyes with long shaggy hair and wide eyes full of wonder. It was a magical moment and I started to weep. My companion turned to me full of concern and worry but I raised my finger to my lips to hush him and whispered, “This is one of the most beautiful things I’ll ever see.” And it was.

* Note: My piece on The Image was one of the first, somewhat in-depth, pieces written about the film and published online. In turn, I was quoted at the Dangerous Minds site and in the book, Enchanting David Bowie: Space/Time/Body/Memory edited by Toija Cinque and published by Bloomsbury in London.

Me in my bedroom sometime during the 1980s surrounded by Bowie,
Mick Jagger and a whole lot of classic film stars.