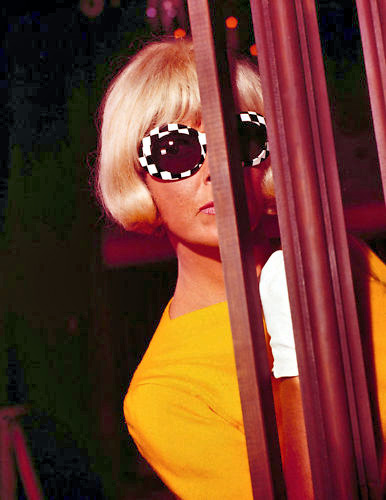 From my latest installment of Spy Games at the Movie Morlocks:

“In the late ‘60s Doris Day starred in two spy spoofs directed by Frank Tashlin, THE GLASS BOTTOM BOAT (1967) and CAPRICE (1968). At the time Day was 43-years-old and one of Hollywood’s biggest stars but her career was in decline. Critics seemed to relish taking potshots at the movies she appeared in while launching full-blown attacks on her squeaky-clean image. Day was commonly referred to as “the eternal virgin” and when the sexual revolution heated up the middle-aged actress was unfairly pigeonholed as a perpetual square. The fact remains that while many actresses were regulated to the role of sex object, wife or mother, Doris Day often played independent working-class women with professional careers who reluctantly fell in love. And while Day’s characters may have been prone to clumsy mishaps and verbal blunders, she was usually able to outsmart her male costars. Frank Tashlin seemed to understand Doris Day’s strengths as a performer and in THE GLASS BOTTOM BOAT and CAPRICE he has lots of fun playing with critical assumptions and expectations.”