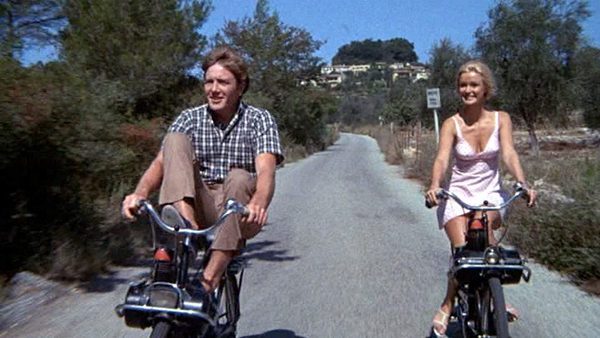 My latest post at the Movie Morlocks takes a look at the making of THE PICASSO SUMMER (1969) starring the fabulous Albert Finney & Yvette Mimieux. Here’s a brief excerpt from my post:

“Few films come with a pedigree as spotted as THE PICASSO SUMMER. Some names that were directly or indirectly associated with the movie include artist Pablo Picasso, author Ray Bradbury, French directors Francois Truffaut and Serge Bourguignon, cinematographer Vilmos Zsigmond as well as renowned animators Faith & John Hubley, Wes Herschensohn, composer Michel Legrand and songstress Barbra Streisand. Not to mention producer and beloved comedian Bill Cosby, Spanish bullfighting legend Luis Miguel Dominguín, actor Yul Brynner and the films stars, Albert Finney and Yvette Mimieux. Now that I’ve hopefully got your attention I suggest you proceed with caution. The story of how THE PICASSO SUMMER finally got made and was shelved for years is fascinating, funny and sad. This is a film that deserves to be rediscovered but it’s also a tragic reminder of ‘60s Hollywood excess and it left a lot of battered egos and unrealized dreams in its wake.”

You can read the entire piece & see a clip from the film by following this link:
– “A Tale of Two Films: The Picasso Summer (1969)” @ TCm’s Movie Morocks Blog