Exploring the Warner Archives with Cinebeats

I’ve been preoccupied with holiday plans and while doing some Christmas shopping for myself I recently noticed that some of the films I’ve written about on Cinebeats over the last 6 years have been released on DVD by the fine folks at the Warner Archives. When I originally wrote about the films they were only available on VHS and the prints were often muddy or just plain awful so these new DVDs are particularly welcome. For easy reference I thought I’d compile a list of Warner Archive titles that have been featured at Cinebeats. 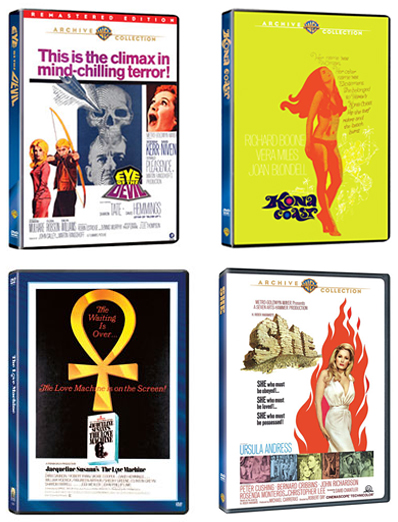 All of these films can be purchased at Amazon.com or directly from the Warner Archives.